Hilly Fields is home to at least one pair of Great Spotted Woodpeckers who we see around from time to time and who breed in the park most years. In 2012, they nested in a tree on the south field. This year, they chose an ash tree south of the cafe near the vehicle barrier and anyone passing below should have heard the constant clamour of the chicks and perhaps seen one of the parents flying back and forth with food. We were lucky in that Symon monitored the nest daily while being walked by his dog and took these fab photos.

All Great Spotted Woodpecker chicks are born with a red patch at the front of their heads (as above), but lose that during the first autumn moult. The adult male has a red cap at the back of the head (as below), the female has no red cap. Both have quite visible red feathers under their tails. They will come to bird tables and hanging feeders. People sometimes tell me that they've seen a Lesser Spotted Woodpecker in their garden. This is very unlikely as the Lesser Spotted is now quite rare and such 'sightings' may be due to a misconception regarding the size of these birds. The Greater Spotted is roughly the same size as a Blackbird though it may appear bigger. The Lesser Spotted is as small as a house sparrow and has no red feathers under its tail. By the time Sue and I did our monthly bird survey on 23 May, the nest was silent and the chicks presumably have fledged. They are liable to predation by such birds as Crows and Magpies, but let's hope they are flourishing elsewhere.

The weather was overcast at first during our walkabout, but Blackcaps and Chiffchaffs around the upper Eastern Rd area began singing as soon as the sun came out. Blackbirds and Wrens were also very vocal, Robins less so and Great Tits and Blue Tits were heard occasionally. A pair of Wood Pigeons could be seen nest-building in an oak tree, while a Chaffinch was singing in its usual territory around the front of the school. We saw or heard 19 species in total including in addition to those mentioned above a Dunnock, at least 2 Greenfinches, 3 Magpies, 8 Feral Pigeons, 5 House Sparrows, 5 Starlings, a Ring-necked Parakeet and a brief glimpse of a Swift flying above. We also saw a lovely Speckled Wood butterfly appropriately enough in the wood. 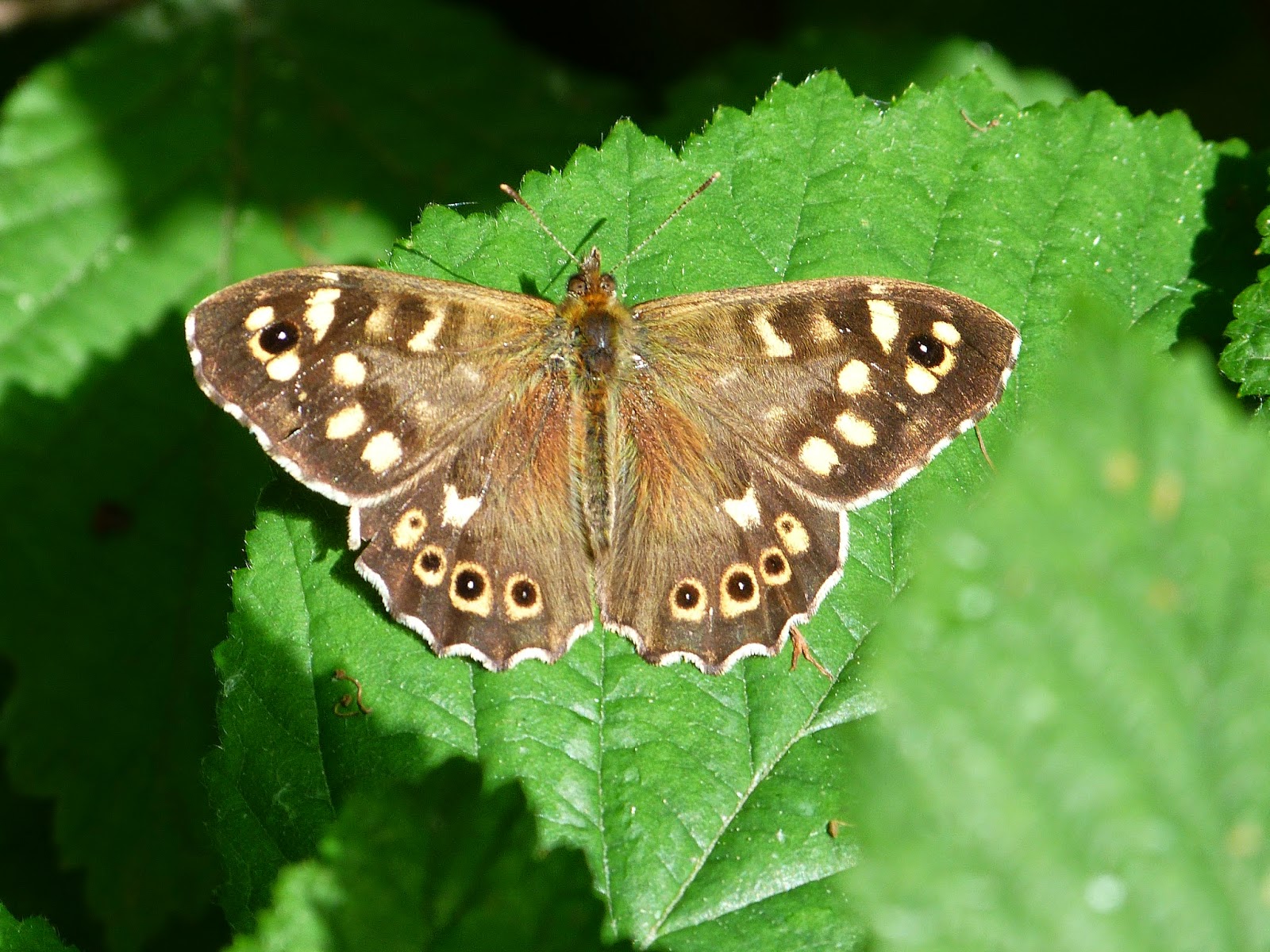 The May blossom (which began in mid-April) was already fading as we walked around and the cow parsley was starting to die back. In their place, elder flowers and briar roses are appearing in the borders, Common Vetch is popping up in the meadow areas and the little purple flowers of Dove's-foot Cranesbill can be found in the short grassland. Spring marches on!