This year's Dawn Chorus Walk will be held on Thursday 30 March, meeting at 6 am outside the cafe. The clocks go forward one hour this weekend so it will be dark at 6am and we will be in time to greet the dawn and the sunrise if weather permits! 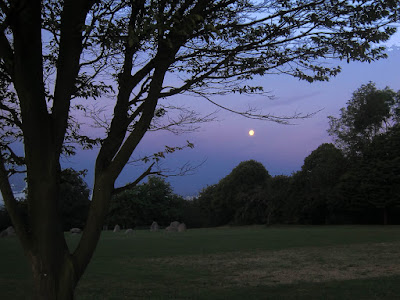 We will walk around the park, identifying birds both by song and sight. After that, as in previous years, we'll cut through St Cyprian's Passage to Brockley Grove where arrangements have been made for us to walk around the Brockley & Ladywell cemeteries. 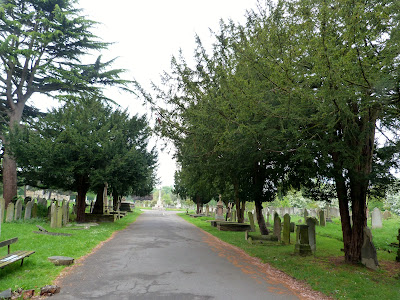 Birds we will definitely hear singing and calling include the Robin, Blackbird, Wren, Great Tit and Blue Tit and hopefully the Dunnock. We may also hear Goldfinches, Greenfinches, Great Spotted Woodpecker, Green Woodpecker, Song Thrush and possibly the Chiffchaff. 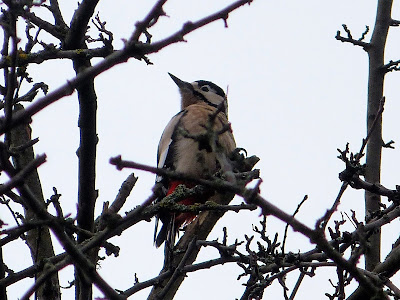 The walk should finish at around 8am, but people can drop out at any stage. I hope to see some of you there.
Posted by Tom at 09:54 2 comments: Links to this post

That Time of Year

February 22nd was overcast and cold at times, but the birds were active and vocal. An invisible Wren was singing loudly at the lower Vicar's Hill entrance and along the Veda Road back border, Robins sang, Great Tits and Blue Tits called and a pair of Parakeets screeched out football chants overhead. In the little wood, a pair of Long-tailed Tits chased each other around the branches and a Magpie flew by with nesting material in its beak. Yes, that time of year has come round again when birds look for consenting companions. Between Eastern Road and the school, we came across a Dunnock warbling melodiously in the bushes and listening hopefully for a response. Although thought of as dull birds, Dunnocks have a very adventurous love life and this particular bird had scrubbed up well for the mating season. 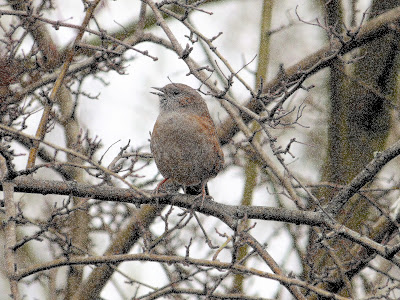 A Great Spotted Woodpecker was sighted in the trees behind the tennis courts. The absence of a red patch on the head indicated a female, probably the same pecker we saw during January's Big Birdwatch. Let's hope the male is around somewhere or not much will be happening there. Over the ridge, a seemingly vast array of gulls lay before us on the north field. Judith counted 67 Black-headed Gulls and 6 Common Gulls which is the largest gull presence we've had this winter. The Black-headed Gull is white-headed in autumn and winter, but is now developing the darker feathers on the head which constitute its breeding plumage and give the bird its name. 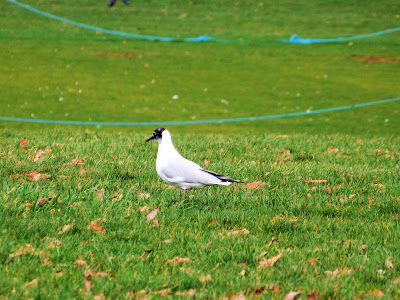 One bird glimpsed briefly which will not be breeding here was a Redwing - a migrant thrush which will soon be winging its way back to Scandinavia. The full list of birds recorded is as follows: 67 Black-headed Gulls, 7 each of Robin, Starling and Woodpigeon, 6 Common Gulls, 5 Goldfinches, 4 Wrens, 3 each of Blackbird, Crow, Great Tit and House Sparrow, 2 each of Blue Tit, Dunnock, Long-tailed Tit, Magpie and Ring-necked Parakeet and 1 each of Great Spotted Woodpecker and Redwing - 18 species in all. And the daffodils are starting to flower... 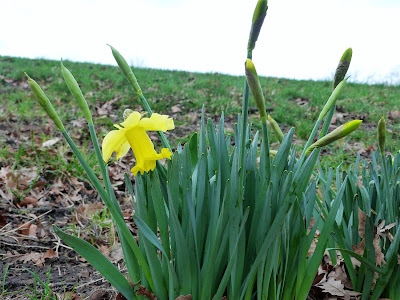