It looked as if our monthly bird survey on 29th April was going to be a wash-out. Heavy rain and a chilling wind made conditions very difficult for the first 45 minutes. We heard a Blackcap or two and a Wren or two singing, as well a Great Tit calling, but otherwise the birds were silent and hidden. We lingered for a while in the shelter of the little wood, admiring the wild garlic and wondering whether to go for a coffee. Then in the space of five minutes, everything changed. The rain stopped, the clouds parted and the sun began to shine. Emerging onto upper Eastern Road, we were greeted by a Blackbird high in a bare tree. 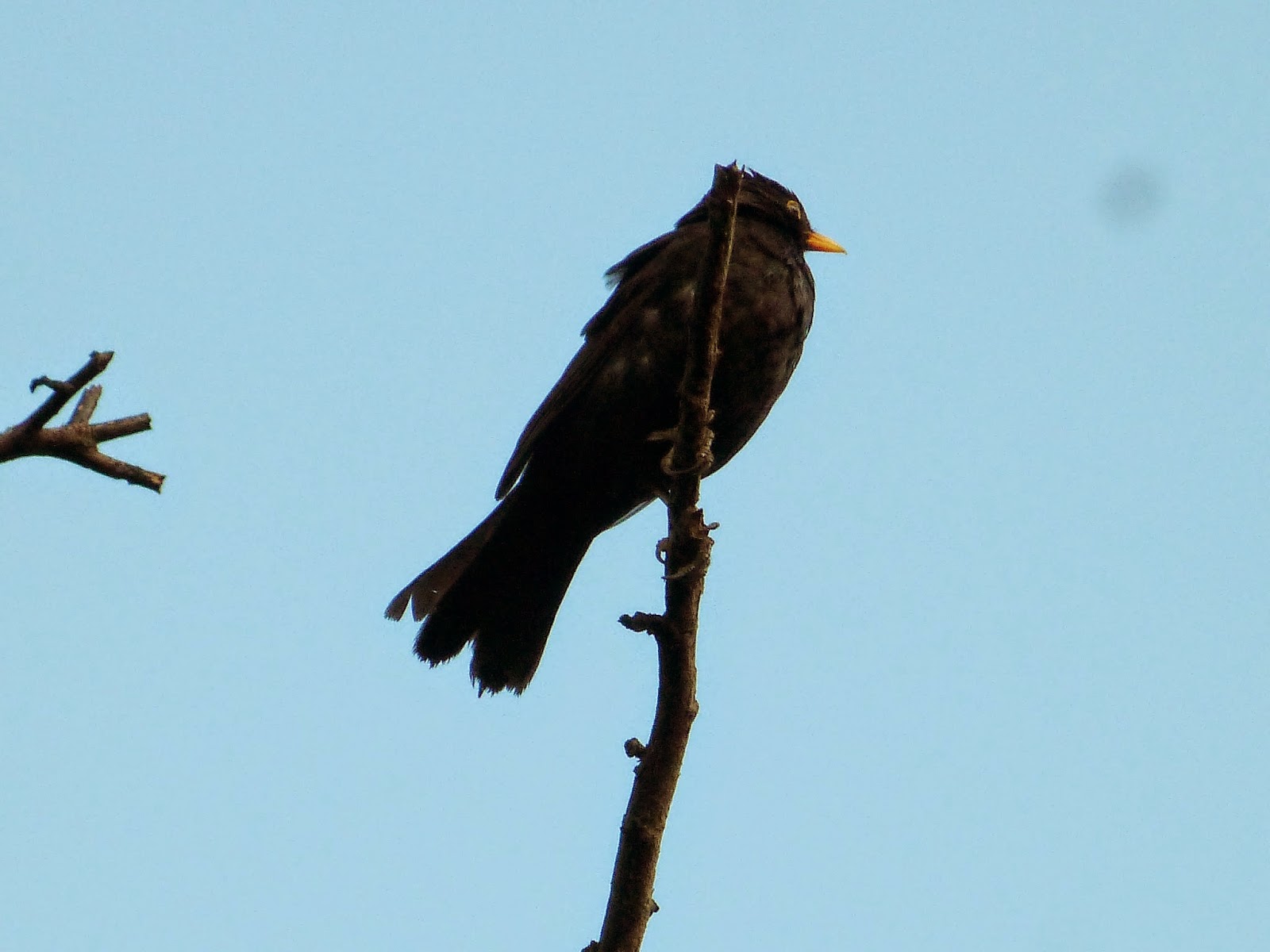 Before long we'd heard the first Chiffchaff of the year singing, heard and seen a Dunnock, glimpsed a Jay - our first for several months - and a pair of Mistle Thrushes. A Greenfinch sneered, a Chaffinch trilled and Robins began to pipe up too. On the south slope, Starlings searched for worms in the wake of the Glendale tractor as it mowed the grass. 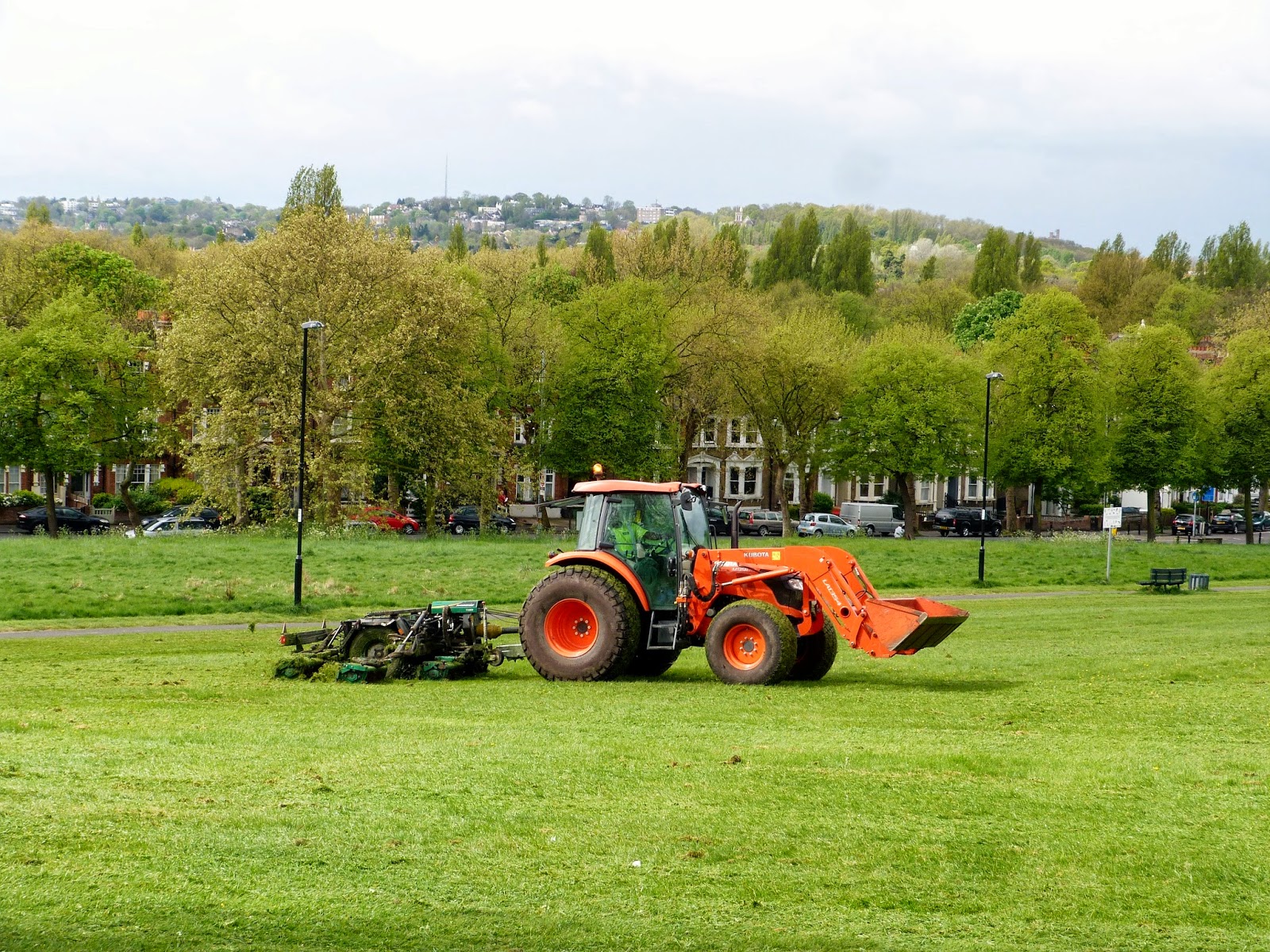 On the north field, a Crow waddled past the newly painted gym equipment without being tempted to try it. And in the garden next to the bowling green, four House Sparrows chased amongst the white flowering cow parsley. But by now, ominous clouds were re-appearing and the rain soon started to fall again. This time, we made straight for the cafe, but with a respectable 19 species recorded. 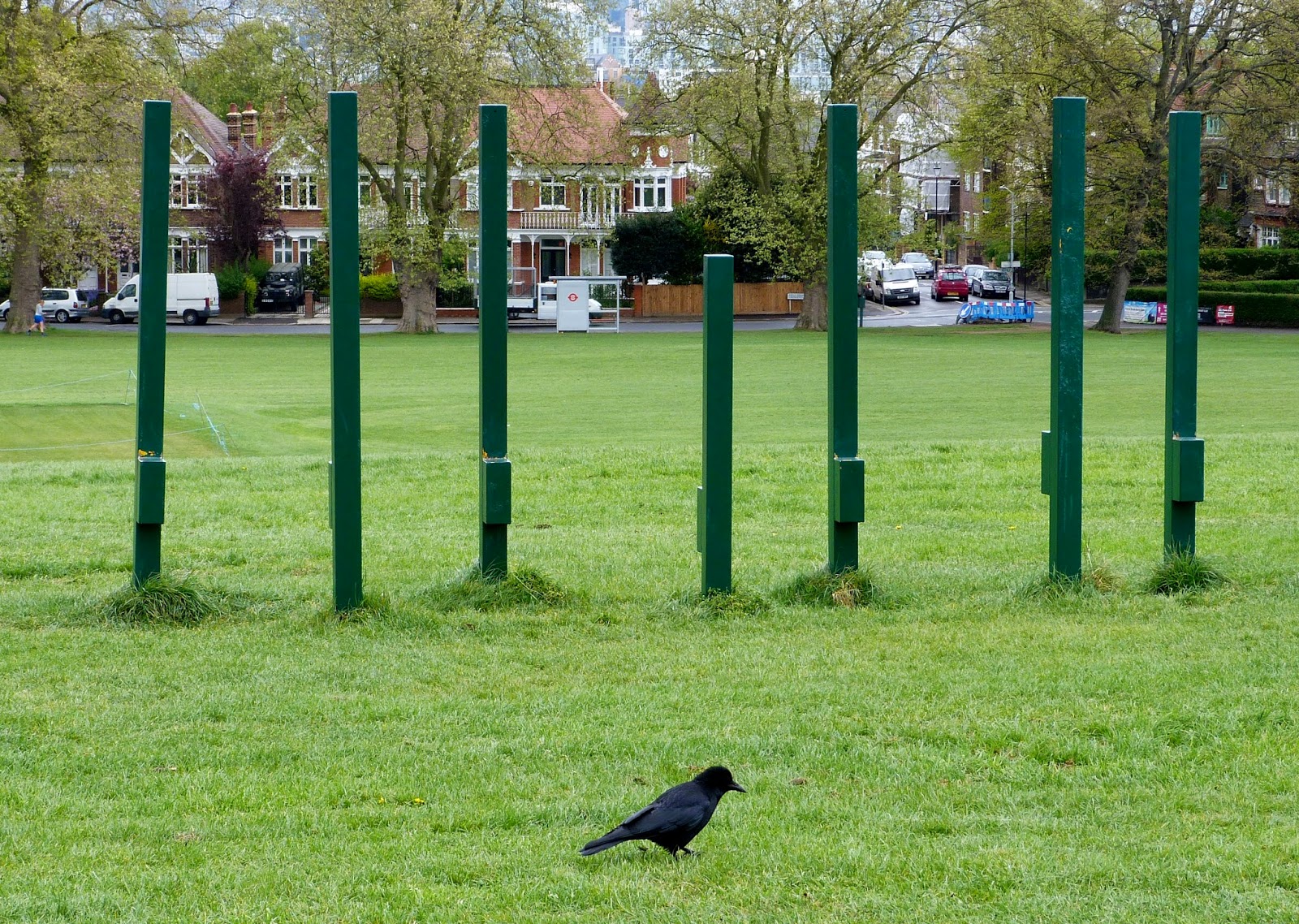 The total list: 25 Starlings, 8 Wrens, 4 each of Great Tit, House Sparrow, Robin and Woodpigeon, 3 each of Blackbird and Dunnock, 2 each of Blue Tit, Ring-necked Parakeet, Blackcap, Crow, Chiffchaff and Mistle Thrush and 1 each of Chaffinch, Greenfinch, Magpie, Feral Pigeon and Jay. Your spotters: Tom, Sue and Judith.

Footnote; earlier this month I heard a Song Thrush singing for three days running from the direction of the wood. Back in January, we mentioned how Phil - who does a monthly bird count in the Brockley & Ladywell cemeteries - had seen one during our Big Birdwatch event. This was the first recorded sighting of a Song Thrush on Hilly Fields since the Bird Champion scheme began in 2007. This month, Phil saw no less than 5 Song Thrushes in the cemeteries, so hopefully we'll see and hear more of them in the future.