Falcon Over the Fields

Our monthly bird survey on 27 September was almost over, when Conrad spotted a Hobby being chased by Crows over the north field. We had only a brief glimpse at first, but it reappeared having shaken off its pursuers and spent five minutes gliding and swooping over the park. The Hobby has long wings for its body size and catches most of its prey in flight, so its aerial abilities are quite special. It feeds mainly on small birds (though it does catch Swifts) and insects including dragonflies. In this case it was feeding around the plane trees that line Hilly Fields Crescent and we saw it transfer an insect from claw to beak in mid-flight. The plumage was not as dark as usual, so our bird may have been a juvenile. It was either too high or too fast to get a photograph - the image below is from the NatureSpot website.

The Hobby is one of four wild falcons which can be seen in Britain. The other three - Peregrine, Kestrel and Merlin - are resident all year round, whereas the Hobby is a spring migrant which flies here from Africa to breed in our cooler climate and returns in autumn. The hobby we saw will be away any day now. Its scientific name is Falco subbuteo and yes - the fingertip football game Subbuteo is named after it. Its inventor Peter Adolph was a bird lover and first tried to patent the game under the name of 'The Hobby'. When that was turned down as being too general, he used the species name instead which in Latin means 'near to' (sub) 'a buzzard' (buteo). 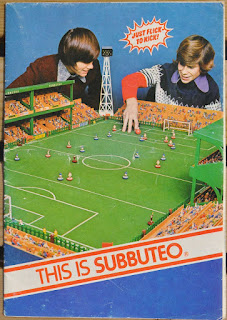 We recorded twenty other species that day which is a good record for the time of year. These were 14 Woodpigeons, 11 Feral Pigeons and 11 Magpies, 5 Robins (at least), 4 Great Tits, 3 each of Blackbirds, Blue Tits, Crows, Goldfinches, Jays and Wrens, 2 each of Black-headed Gulls, House Martins (passing over) and Song Thrushes, 1 each of  Chiffchaff, Herring Gull, House Sparrow, Nuthatch, Ring-necked Parakeet and Starling. The Hobby can be celebrated as the 51st species on our list, but let me also put in a word for the Crows. They tend to get taken for granted but are vigilant birds and defenders of the realm and they do draw attention to birds of prey.