August 28th was a fine sunny day for our monthly survey but the birds weren't coming out to play. We heard more than we saw and our final tally was only boosted to 13 species by the screeching of an unseen Jay and the brief glimpse of a Green Woodpecker which was probably visiting from Brockley & Ladywell cemeteries. Great Tits and Blue Tits were fairly active in the trees and small flocks of Crows, Magpies and Woodpigeons followed us about the park. The good news is that Robins are singing again after their summer moult when they retreat into the undergrowth and sulk. We estimated that we'd seen or heard 7 in total on our rounds. 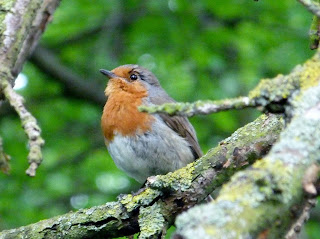 We saw only one Blackbird which is unusual and heard the occasional Goldfinch. Three House Sparrows, two Ring-necked Parakeets and a Feral Pigeon made up the total. The week before, Sue had seen even fewer birds but had at least the excitement of watching a Sparrowhawk being chased by a Crow! Before going for a coffee at the cafe, we took a look at a recently vacated Robin's nest just inside the bothy gates which Lee the park keeper had pointed out to us - a cup nest created in thick ivy against a wall. I wonder how many chicks were born here and how many survived? 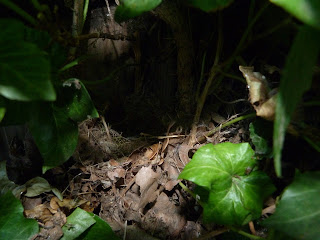 Elsewhere in Lewisham, a few Swallows have been seen which means they're probably starting to think about heading south. And in other news, blackberries are ripening again after having had just the right amount of sunshine and rainfall in the last few weeks. I haven't sampled the Hilly Fields crop, but tried some at the RSPB Rainham reserve in Essex and they were delicious. On the park grassland, buttercups have given way to swathes of little dandelion-like flowers. These have been identified for me by Nick Bertrand (ace Creekside Centre botanist) as Autumn Hawkbit. Taken together, all these signs can mean only one thing. The last days of summer are upon us. 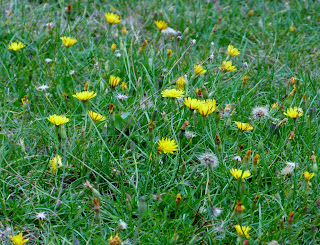 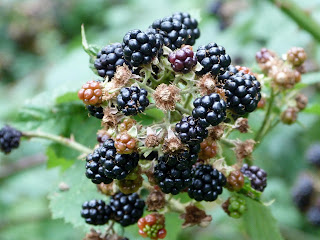 Postscript 3rd September: heard a Chiffchaff singing again on Eastern Road this morning. I mentioned last month that a pair of Chiffchaffs had produced at least one youngster on Hilly Fields this summer. It's possible that they could overwinter here, but more likely that they'll be off back to the Med in 2-3 weeks time. And who can blame them?
Posted by Tom at 14:52 6 comments: Links to this post