Rain is the curse of bird surveys. It deters the birds from coming out to play and blurs the vision, especially through binoculars and spectacles. So Sunday wasn't the greatest Birdwatch ever! The rain was light but the morning was damp, grey and overcast for the most part. Still, enough people turned up to make it a worthwhile event. Starlings were the stars of the count, seen by most people as they flew noisily in little flocks from trees to trees. 42 was the maximum number recorded. The Black-headed Gulls around the cricket pitch were runners-up with a count of 29. Full stats can be seen on the blackboard below. 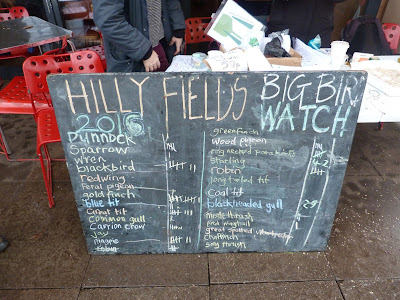 We recorded a total of 19 species in all and had good views of a charm of Goldfinches outside the school and a Dunnock scrabbling around on the ground. We heard a Dunnock singing as well for the first time this year. Towards the end, the sun did fleetingly show itself and a pair of Mistle Thrushes spent some time in the trees opposite the cafe. All you need is to see one beautiful bird thriving in the park like this and it's all worthwhile. 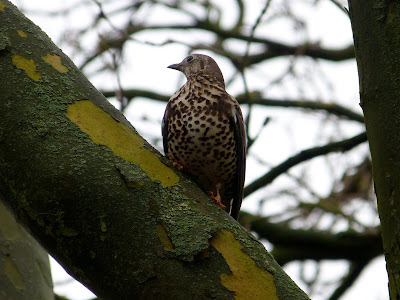 One big plus was to see so many children brought along by their parents. They all had an enjoyably messy time making fat balls and bird feeders throughout the morning. Thanks to Rachel for organising the stall and publicity, to Sandy for helping on the stall, Judith from Glendale for the photocopying (and bringing her mum!), Sue and Keith for helping to lead the guided walks and Lee the park keeper for general support. Here's to next year and hopefully some decent weather. That's not too much to ask, is it? 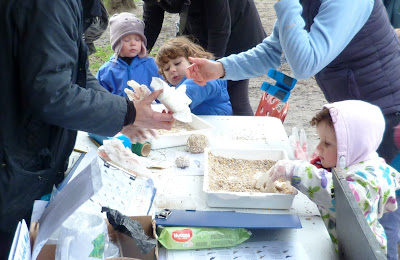 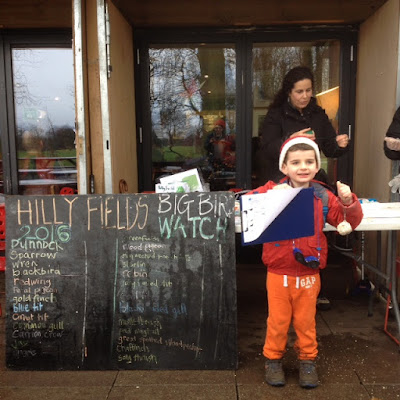 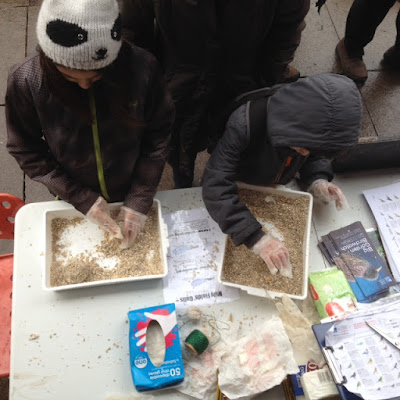