The first thing that greeted me after toiling up Vicars Hill on the last day of April was the sight and sound of a Robin singing from the top of an ash tree. It seemed to be revelling in the sunshine that had reddened its breast even more. Arriving from a different direction, Judith had already had a clear view of a Great Spotted Woodpecker so our monthly survey was off to a good start. Great Tits were calling repeatedly from the green borders of the park and Blackbirds, Chiffchaffs and Wrens were regularly bursting into song. Only the Blue Tits were quiet, presumably busy with their broods. 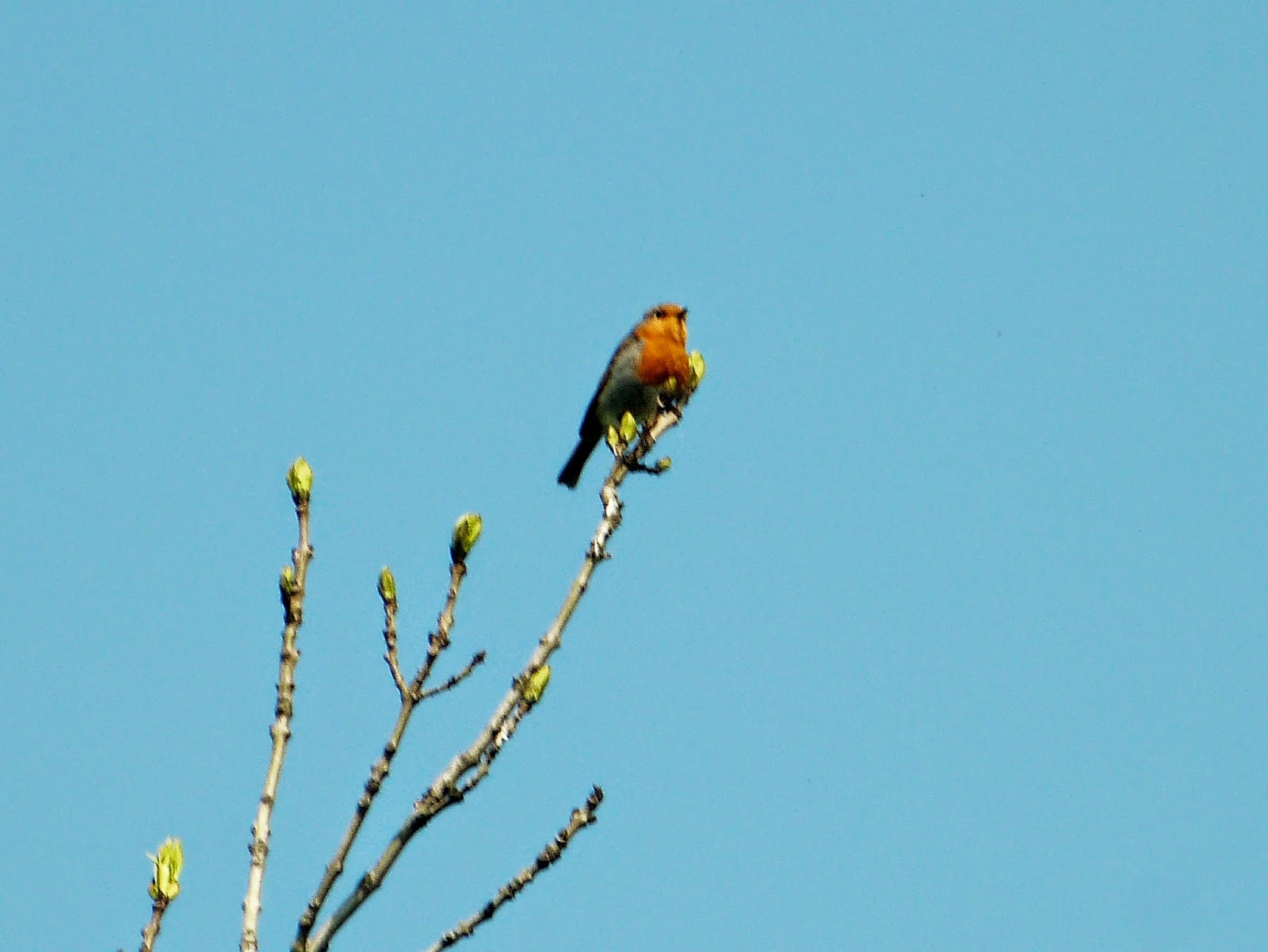 Along the Veda Rd border, we heard our first Blackcap of the year and at least one other was singing elsewhere in the park. This was a welcome return for these spring migrant warblers whose presence and song all adds to the diversity of the park. A pair overwintered in the area during 2012/13 but not this last winter as far as I'm aware. Greenfinches, a Goldfinch and a Dunnock were all heard singing in various locations, while a Blackbird seemed to be duetting with a Robin in the little garden next to the bowling green. But as the foliage grows denser, it's getting harder to see small birds and often the only glimpse we got was as they flew away. Here's a You Tube clip of a male Blackcap; the female has a chestnut brown cap.

In addition to those mentioned above, we saw or heard nine Starlings feeding on the grassland, five Wrens, four Crows, three each of Magpie, Woodpigeon and Ring-necked Parakeet and one each of Chaffinch and House Sparrow. We also heard a Magpie chick calling plaintively from its nest in a tree on upper Eastern Rd. Counting small birds in a large park such as Hilly Fields is always difficult, but we estimate there are at least nine robins spread around in different territories and probably more than the five Wrens that we've entered on BirdTrack.

﻿
﻿﻿
Meanwhile in other nature news, the May blossom is out on the hawthorns as anybody who's been in the park recently can't help but have noticed. The creamy white 'candles' are on the horse chestnuts and of course the cow parsley is everywhere. In short, it's that time of year when 'everything is beeoodiful' as Ray Stevens warbled back in the 1960s. And the ash trees are finally blossoming too, their green pinnate leaves appearing alongside last year's seedcases (known as 'keys') which have somehow survived the winter gales.