Old Friends And A New Hawk

It was unusually quiet when I arrived at the lower Vicar's Hill gate on 27 June for our monthly bird survey. Not a single bird could be heard - a strange experience after so many months of listening to constant calls and song. Then, faintly in the distance, I heard a Dunnock start up and after a few elegant notes from a Blackbird and a short outburst from a Wren, we were in business. Certainly, the birds seen were fewer in number as Sue and I wandered around the park but by stopping, looking and listening, by waiting for the birds to break cover, we had a list of 20 different species by the end of the morning. And that doesn't include the new species of hawk (Falco plasticus) seen on the bowling green. 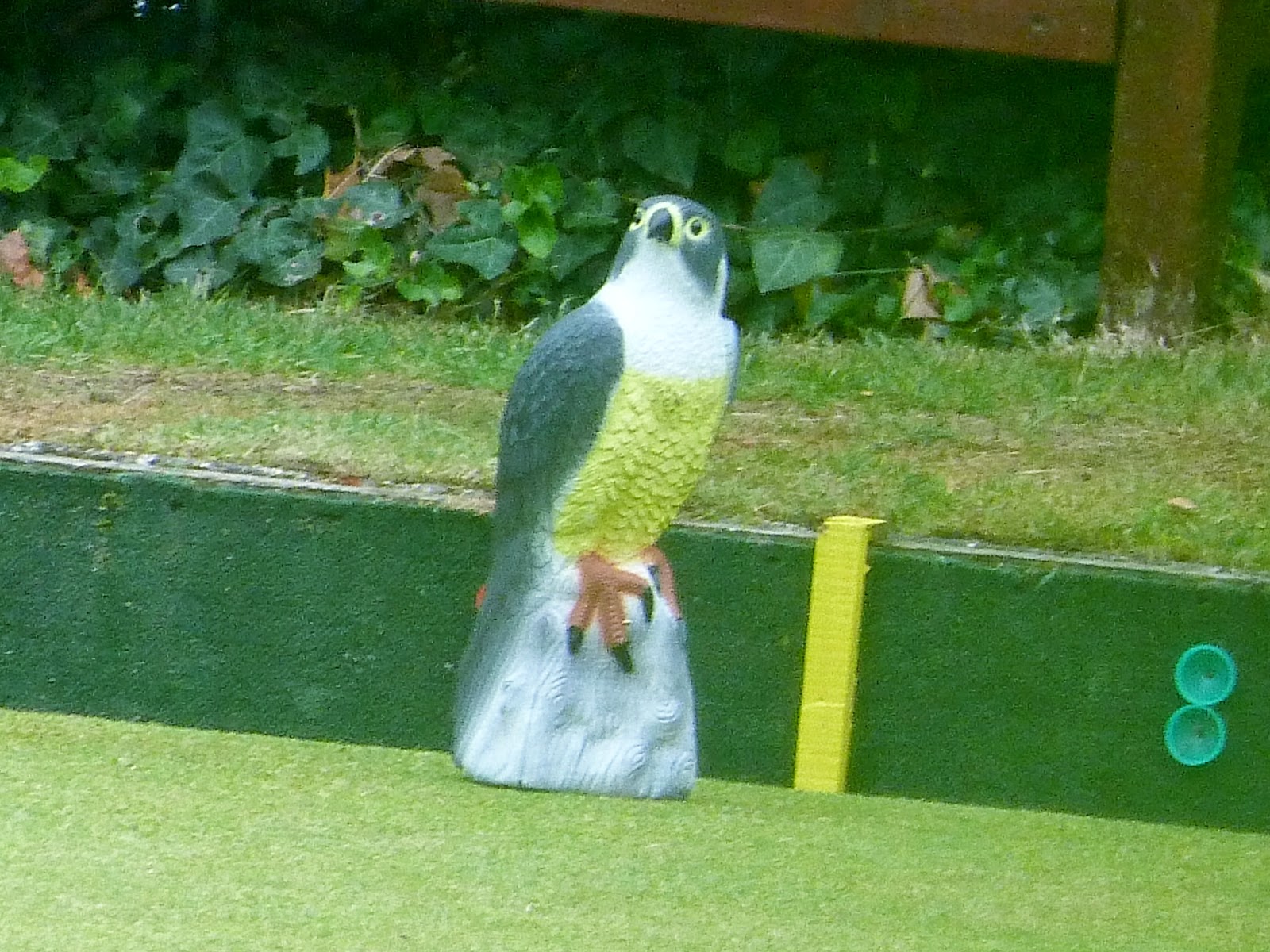 We heard Blackcaps singing around the wood and upper Eastern Rd, while down on the north field, it was great to come across our old friends the Mistle Thrush pair who haven't been too visible in recent months. When seen, it is usually on grassland where they forage for worms and other invertebrates. Apologies for the poor quality of the pic below but it is at full zoom. 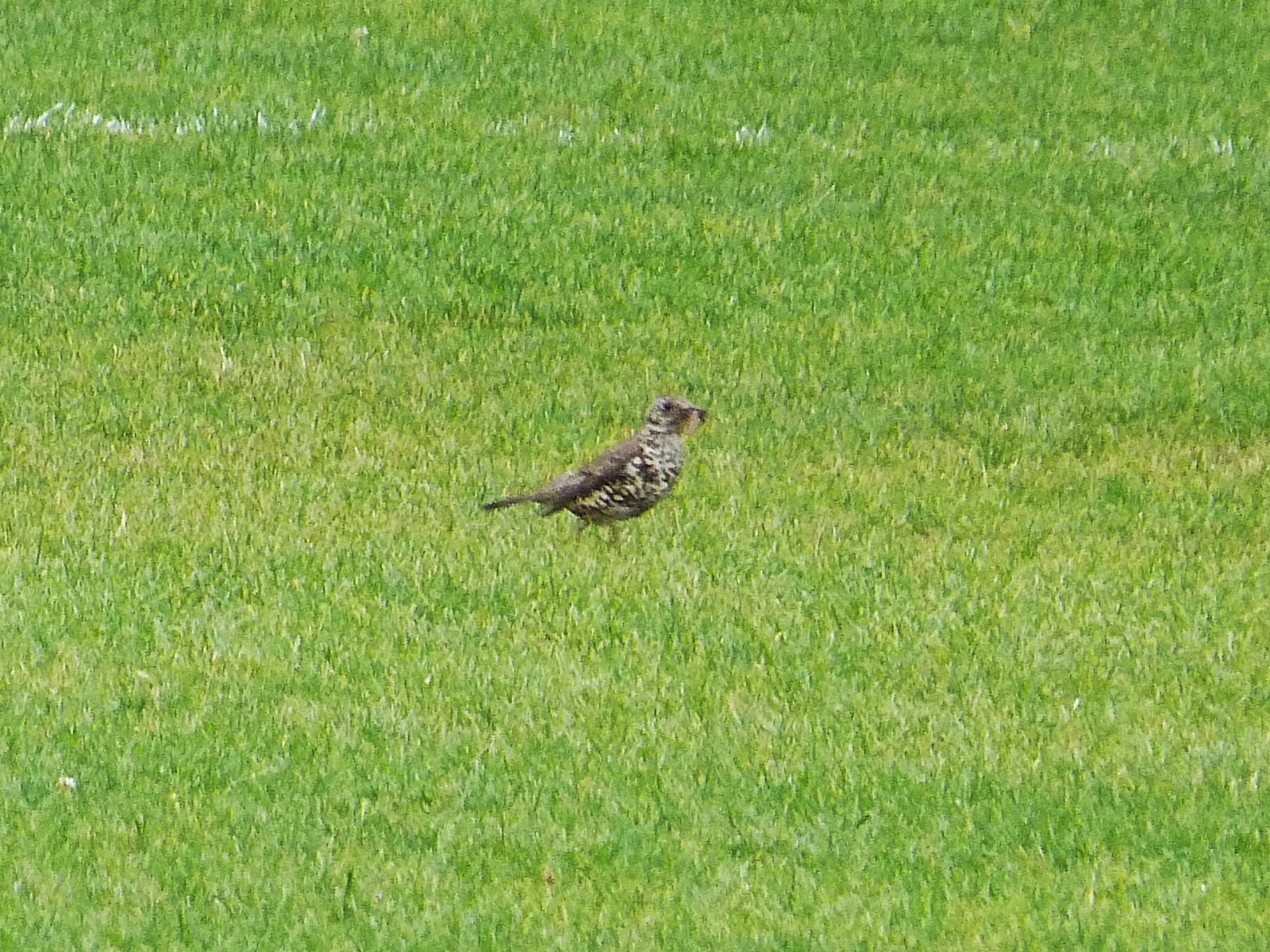 Meanwhile, on the nearby cricket pitch, a pair of Feral Pigeons were busy gobbling up the grass seed put down by Glendale on the bare patches which, needless to say, are still bare. Their ex-country cousins, the Woodpigeons were feeding on the grassland too - fifteen in total, the highest number of any species seen. For a while, we watched a lone Goldfinch singing from Keith's TV aerial on Cliffview Rd, visible from the park. And then just as we turned to the cafe, a Great Spotted Woodpecker zoomed across the east field in its familiar dipping flight. Other birds seen and/or heard were Starlings (7), Robins, Great Tits, Blue Tits, Chaffinches, Greenfinches, a Ring-necked Parakeet, Crows, Magpies, House Sparrows and 2 Swifts circling above. 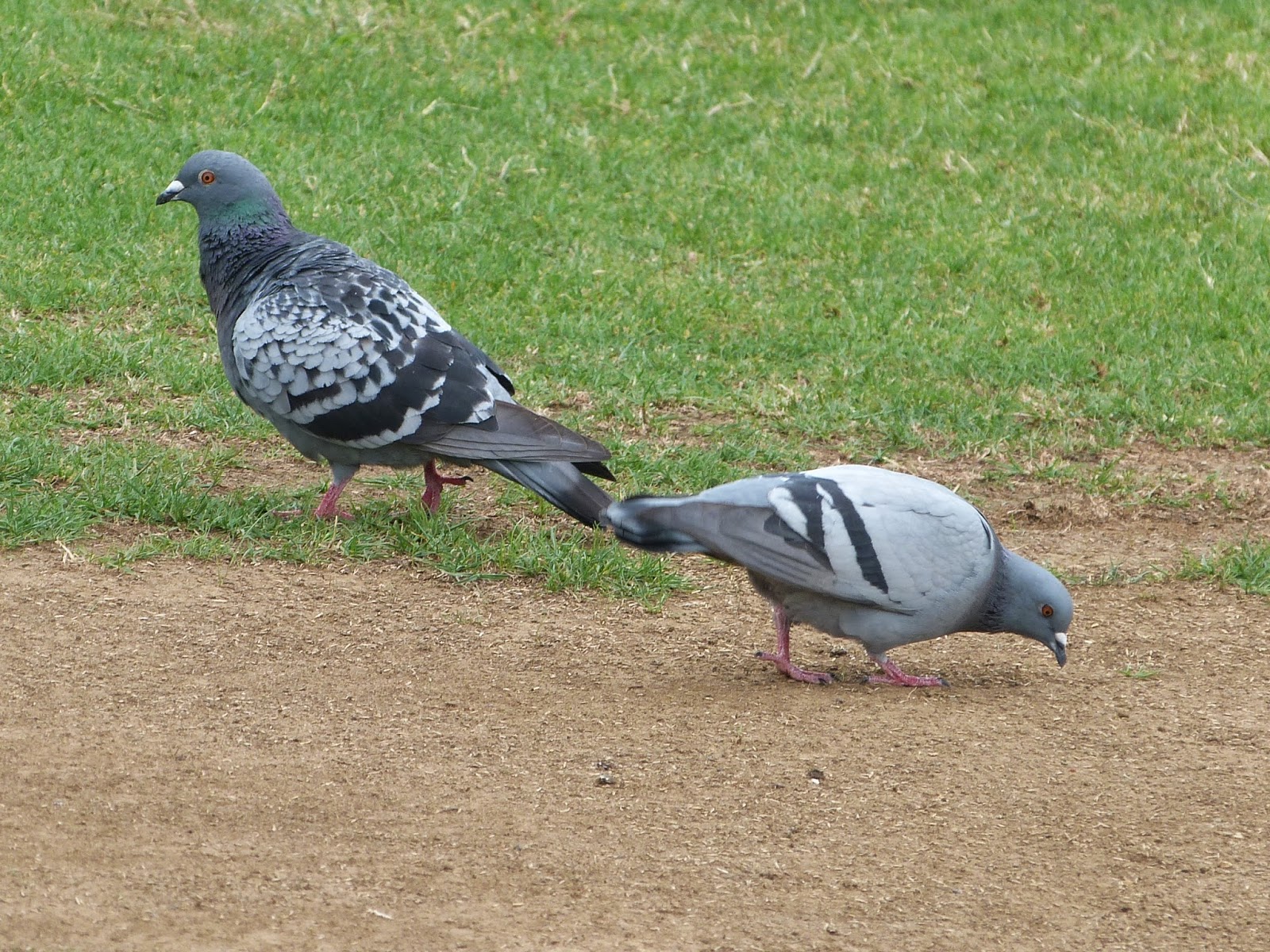 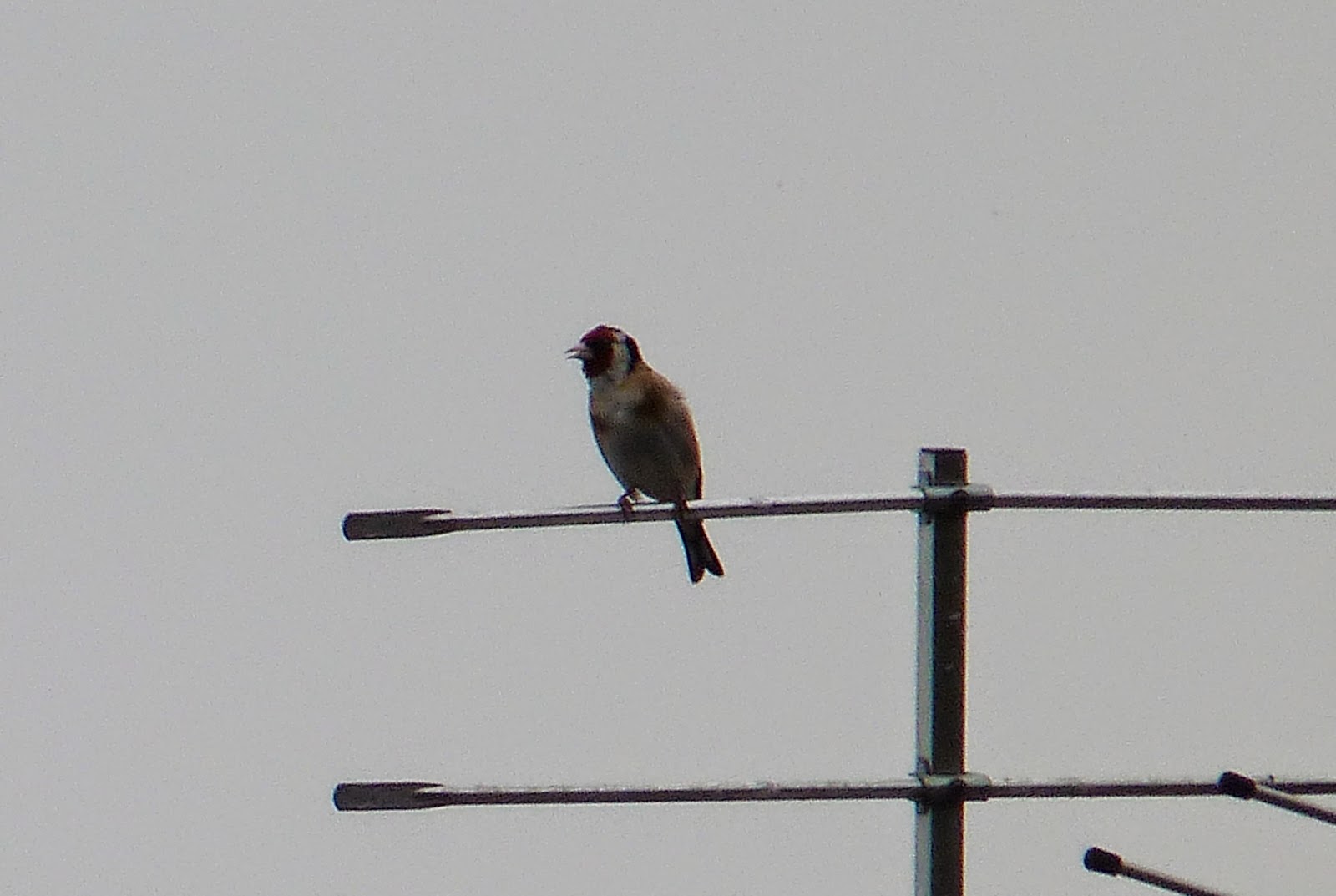 Meanwhile, in other nature news, the leaves of the horse chestnut trees are once again being ravaged by the micro moth, Cameraria Ohridella. This tiny little creature eats away the leaves from the inside creating a brown staining effect (called 'leaf mines') which gets worse as the summer goes on. What a contrast to their green vigour and white-blossomed glory of only a few weeks ago.