I haven't found the time to get into the park for two or three weeks, so today's findings quite made up for that.


First I found, in the quiet garden, a pair of Robins feeding a young one on the ground. All three had flown before I could get my camera out.
Next, near the school, I spotted a Mistle Thrush. It flew into a tree, straight to its nest and proceeded to feed its young. There were at least two of them. While watching that, Blue Tits were frequently flying into and out of the same tree. Just the other side to the Mistle Thrush nest was a natural hole in the tree with an occupied nest. 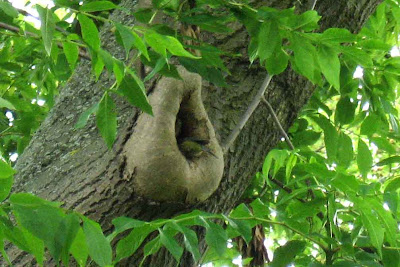 Around the other side of the play area I found one of the nestboxes made by pupils of Prendergast School was occupied by another family of Blue Tits. 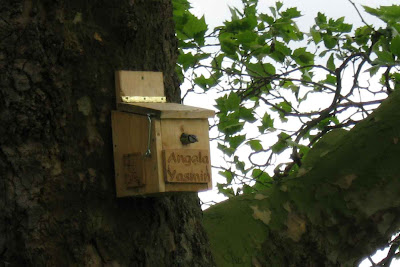 Finally I returned to the Mistle thrush nest and managed to get a quick photo there too. 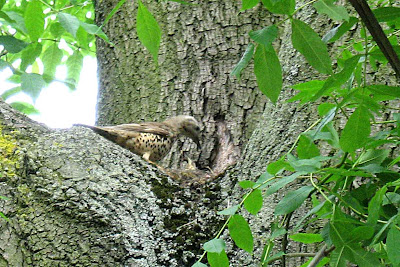