It was a fine clear morning with some winter sunshine for our 7th Big Garden Birdwatch on 25 January. Lots of people came along and either went around the park by themselves or joined one of the two guided bird walks that took place. We gave out around 70 survey sheets at the stall and as always the children had fun making fat balls and bird feeders. 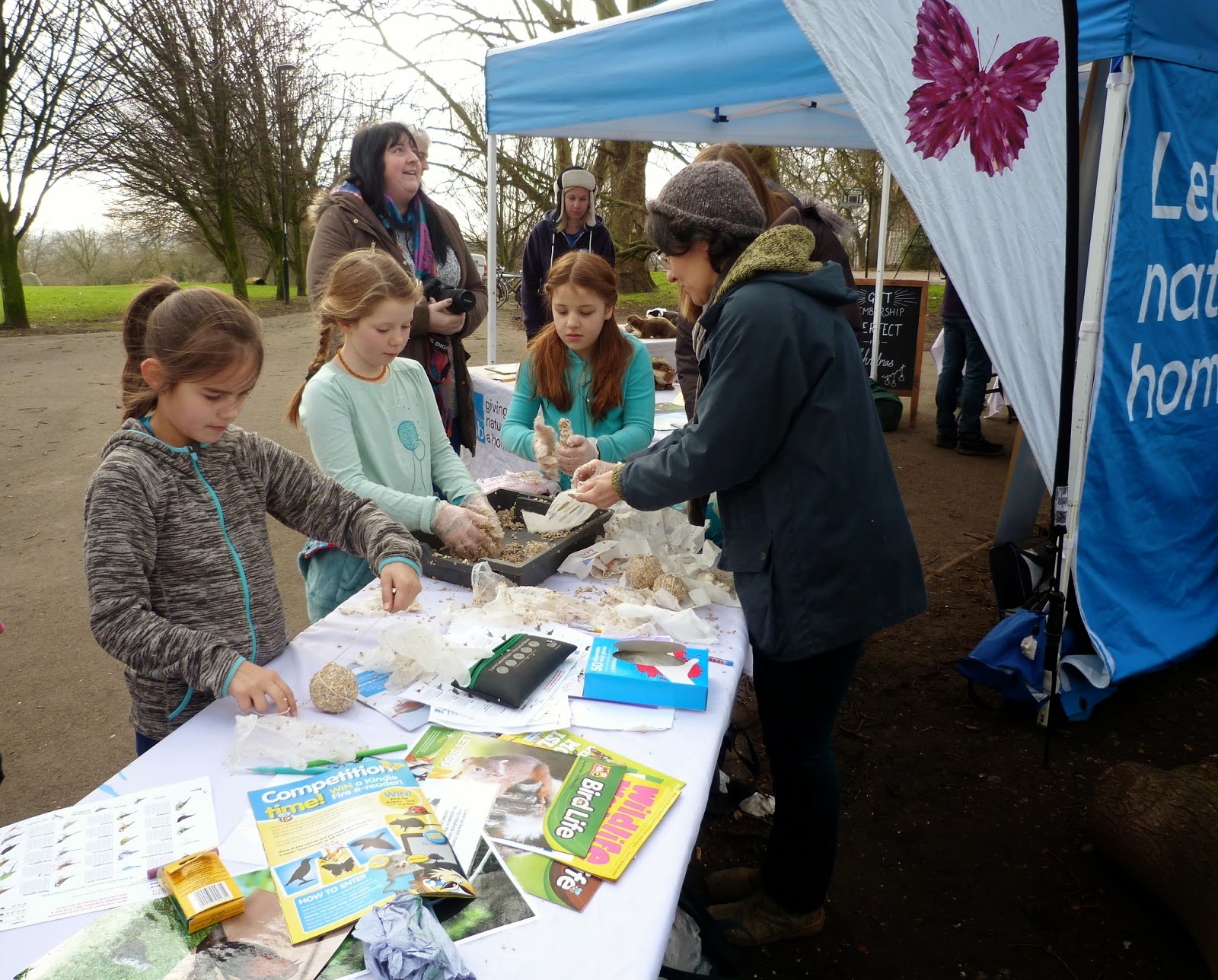 Most important of all, the birds co-operated. Even before we began, a Mistle Thrush came and perched in one of the trees overlooking our stall as if to say 'Count me in!' And Lawrence pointed out a pair of Great Spotted Woodpeckers on a tree just beyond the tennis courts. 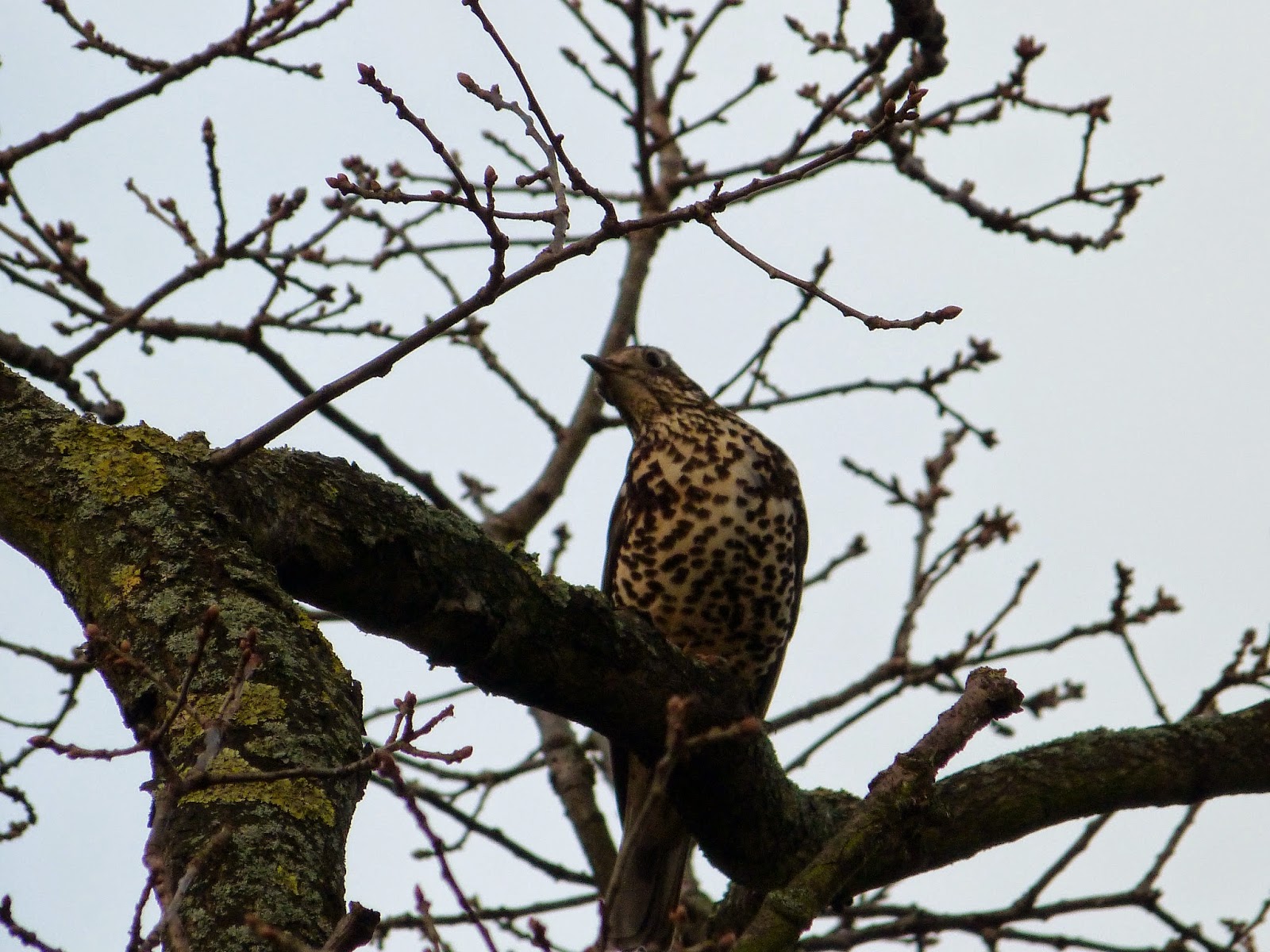 What was good once we got going was to see some of the 'occasional' species that we know are around somewhere in the vicinity but don't often turn up during surveys: three Redwings, for example - the first sighting this winter, a Coal Tit, a Goldcrest in the garden next to the bothy. And Phil spotted a Song Thrush, the first sighting since the Bird Champion recording scheme began in 2007. These birds helped to boost the final total but all the regulars like the Blue Tits, Magpies, Robins and Wrens were there too.

The final tally of birds seen or heard was 26 species which is the highest total recorded on Hilly Fields Big Birdwatch day since the event began in 2009. The breakdown is as follows: 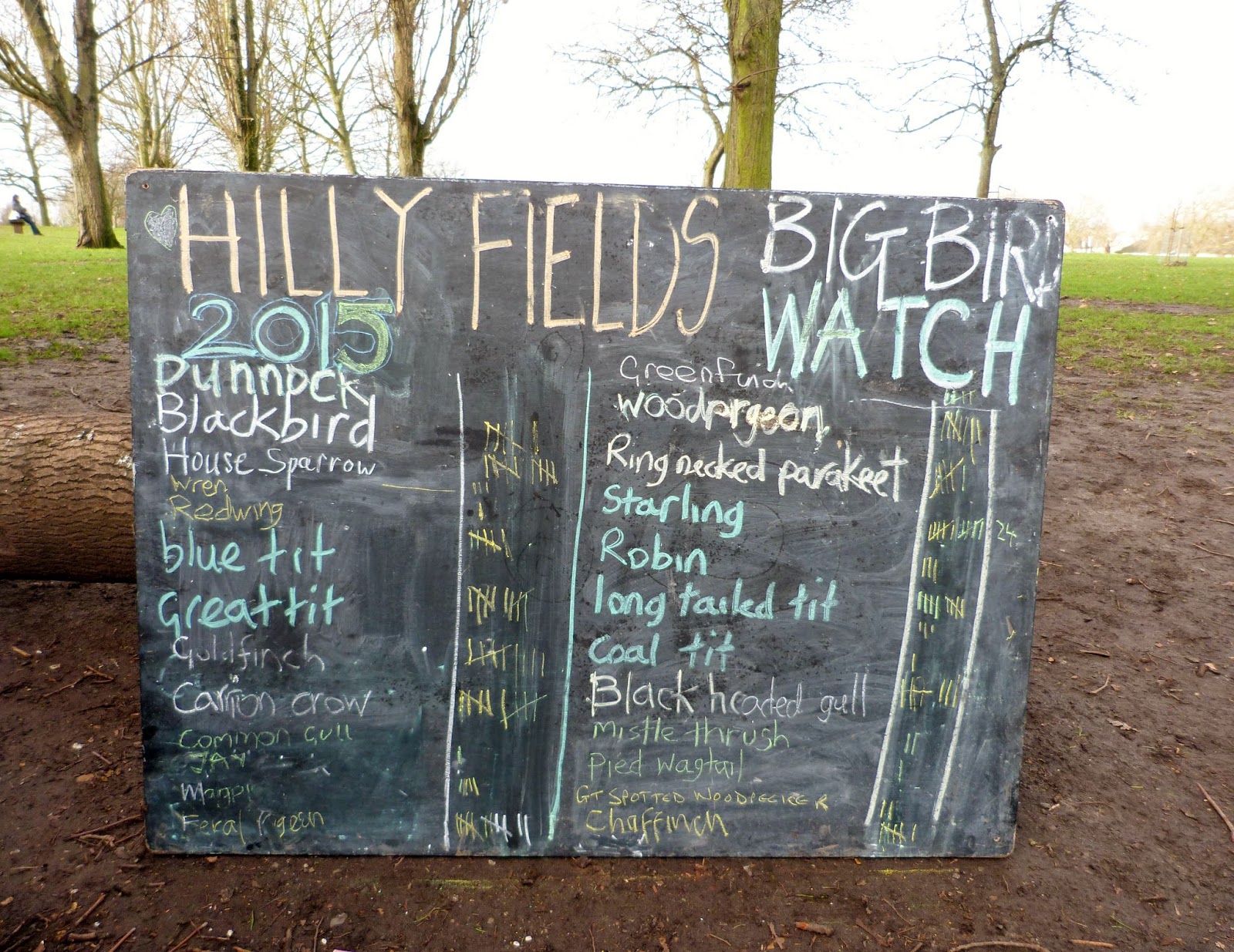 Well done to everyone who took part and helped us in achieving this brilliant total. And thanks in particular to Rachel who organised the stall, to Sue, Phil, Judith and Lawrence for helping with the walks and to 'the other Phil' and Sandy for general hands-on assistance. And by the way, the RSPB were there too with their own stall next to ours and signed up a whole bunch of new members. I'm sure they found it worthwhile.

Next: the Dawn Chorus Walk! But not until spring has sprung. Date to be announced...